UNLOVABLE Volume 1, by the lovely Eshter Pearl Watson, is out now.
Published by Fantagraphics. Read it cover to cover !!
!!!FORGET BOYS!!! 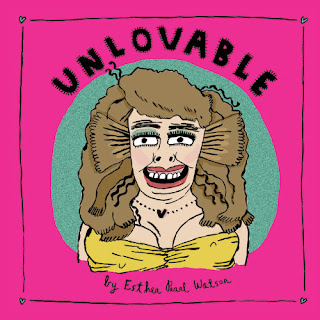 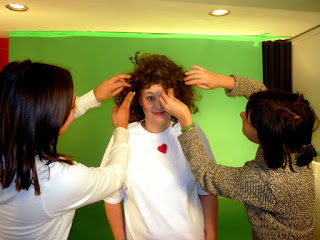 Here is Esther and Christine doing some last looks on Leslie Hall, as we filmed her performing the Unlovable theme song for the film last week. Compare this studio image with the one below. This was easily one of the most hilarious days we have had so far whilst making Unlovable. Only because when us girls get together to make something, nothing can stop us, even a horrific situation. Now, I've lived in Hollywood almost my entire life, I know people are dodgy, I know people are trying really hard to MAKE IT and making it is hard to define. People will say & do anything. However I haven't been duped in a long time, so I couldn't help but stop and laugh. So here goes...Don't ever shoot at "GREEN SCREEN HOLLYWOOD" It was the worst studio I have ever been to in my life!! Here is the photo of the studio they advertise online: 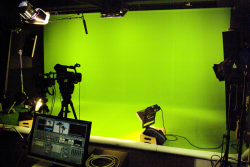 Hmpf!! I don't know where they got that photo from because it's really a torn seamless and some home depot shop lights on the floor. When I asked for a fill card they gave me a bulletin board sized foam core with holes in it. There were wireless routers all over the ground and a guy who was majorly high on speed, sweating & wearing sunglasses telling me he was gonna "Run my shit through Final Cut Pro." I told him to pack up his laptop in a calm yet stern voice and said "I got tape man, it's cool."


Another great reason to roll with a comic book artist is, photos don't always show enough details. So here is Esther's drawing of our rotten situation: 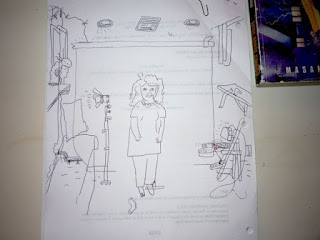 Here is their website. They told me they shoot "all the big bands there" Yeah Right!! I think they shoot something else there. Beware: http://www.greenscreenhollywood.com