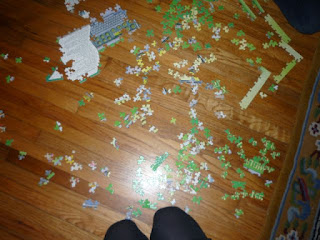 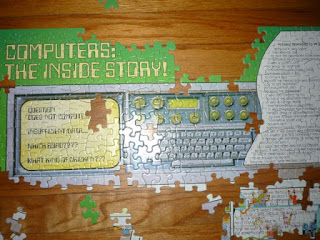 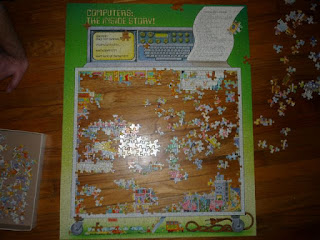 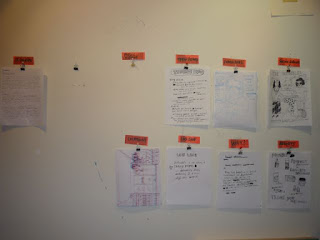 On Friday, we threw in the towel for UNLOVABLE and said, "OK forget it! Let's not work on anything and for a few days, maybe even a week, maybe forever, and just have fun." An hour later, Sarah, Michael and I found ourselves putting together a puzzle that explained the inner workings of a computer. It went on for hours. It was nice because we had moments of conversation but for the most part, we we're silent. We called it quits when we realized a lot of the puzzle pieces we're missing.
By Sunday night, we jumped back on the project because we couldn't take not working on it anymore and when you're working on a film, having missing pieces is a fulfilling challenge. Not like a puzzle.